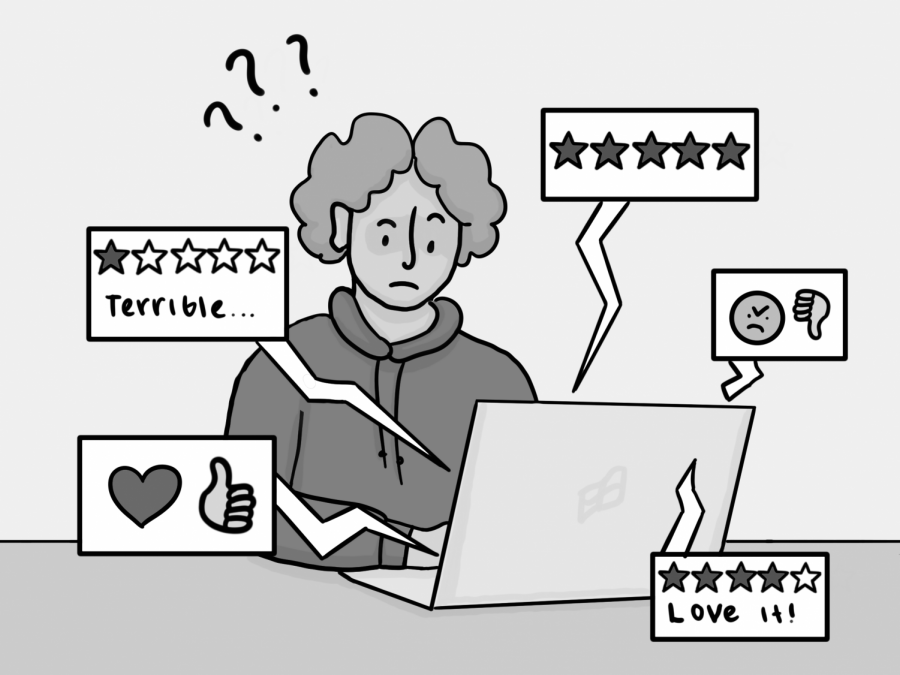 Many people want to know what the most popular book to read is. When looking for books, most reference the ratings published on websites such as Goodreads, a website that allows people to view, rate, and review novels, but that is not a good choice. It is the equivalent of judging a book by its cover. People need to stop doing this since many view ratings as seals of quality, but that is not the case.

Just because a novel is not inherently bad does not make it good. Many novels are rated very highly despite being considered mediocre by others readers. Tastes are subjective, and just because a lot of people like it doesn’t mean someone else will. The rating system is a simple scale that has five stars without any elaboration. The stars are too vague to represent scores as they do not go into detail about a book’s quality. As stated by Harvard Business Review, ratings are not reviews and cannot display people’s detailed opinions on the book.

Some people even decide to rate books that have not been released. According to Slate, the novel “Blood Heir” had its publication delayed because people were unhappy with how the book would address slavery and gave it harsh feedback despite not having read it. The rating system allows people to display their negative biases for a book they never even read, which makes the ratings feel genuine, but they are inaccurate.

Some would argue that ratings give people a better understanding of what people think about a book. Since a novel’s overall rating is a summary from everyone who rated it, it is believed that the rating is an authentic score of the book’s quality. The majority of people who give ratings, however, are people who have strong feelings, whether their opinion is positive or negative. This creates a situation where the ones who could be rating the novels positively are the minority; everyone else who read it did not care for it and did not bother to rate it.

Checking each individual review of the book is better than just looking at its overall rating. That way, a reader will get multiple thoughts and a better understanding whether or not the book would be of any interest to them. Talking to a friend who has a similar taste also works since people have a higher connection to their friends rather than random people online. However, it is important to view every source possible in order to pick something they will not regret. By doing this, people are more likely to find a book they will truly enjoy.