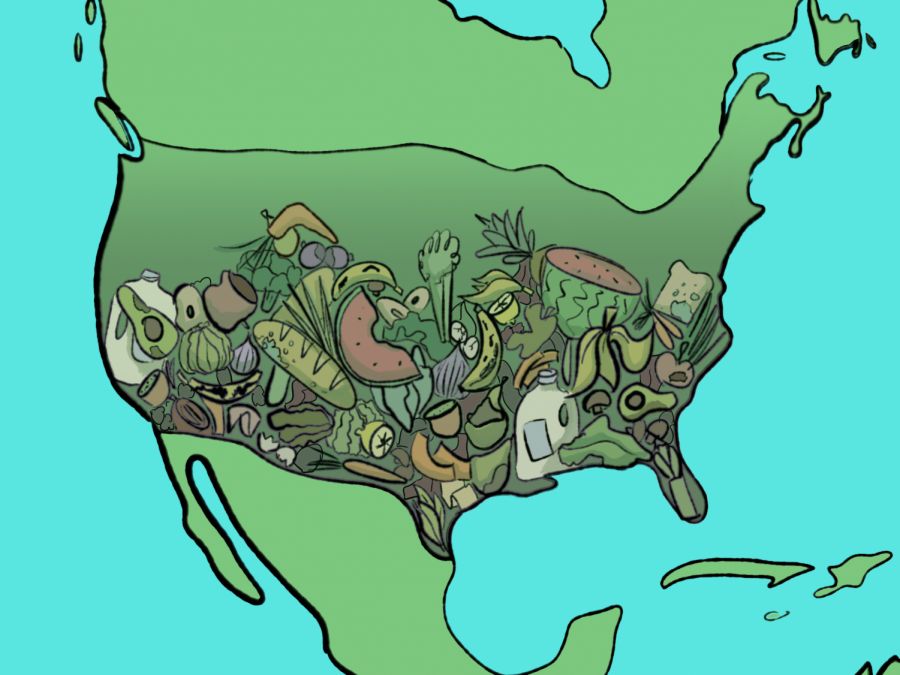 Compared to numerous other countries, America leads in food waste.

The United States leads the world in many areas, from having the most Olympic gold medals to the largest economy. However, it should not take pride in being the world’s most wasteful country. With the average American producing 4.9 pounds of waste per day, as reported by the Environmental Protection Agency, wastefulness is a pressing issue in the U.S.

Much of the waste produced in the United States comes from food. According to the EPA, food made up the largest percentage of landfill waste in 2018. In addition to harming the environment, food waste is also harmful to local communities. Despite 42 million individuals facing food insecurity in America, $161 billion worth of food, or 108 billion pounds of food is wasted every year, reported Feeding America.

Wastefulness is also hazardous to the environment. When people waste food, the energy, resources and materials used to package or produce it similarly goes to waste. According to the World Wide Fund for Nature, the energy required to produce the amount of food wasted in the United States equates to “32.6 million cars’ worth of greenhouse gas emissions.”

Food waste is a problem which is also reflected in American schools. The WWF reported that 530,000 tons of food is wasted solely in school cafeterias per year. According to Penn State University, more than 50% of the food on cafeteria lunch plates in the United States goes to waste.

Wastefulness is reflected in the environment at SCHS as well. In the 2021-2022 school year, all SCUSD student meals are free of cost, yet this may have exacerbated the food waste problem. When people overbuy or when there appears to be an abundance of something, it can often go to waste. With meals being free, students may justify their wasteful habits.

Free meals, however, should not excuse students from wasting food. According to the Food Research & Action Center, free and reduced priced meals promote healthy eating habits and reduce food insecurity. Free meals benefit school communities, so students should value the food they are provided.

Students should make an active effort to reduce their wasteful habits. With landfills rapidly increasing and harming local ecosystems, students should stay mindful of how their habits can impact the future of the environment. Through becoming more aware of wasteful habits, valuing food and composting materials, the SCHS community can effectively combat wastefulness.