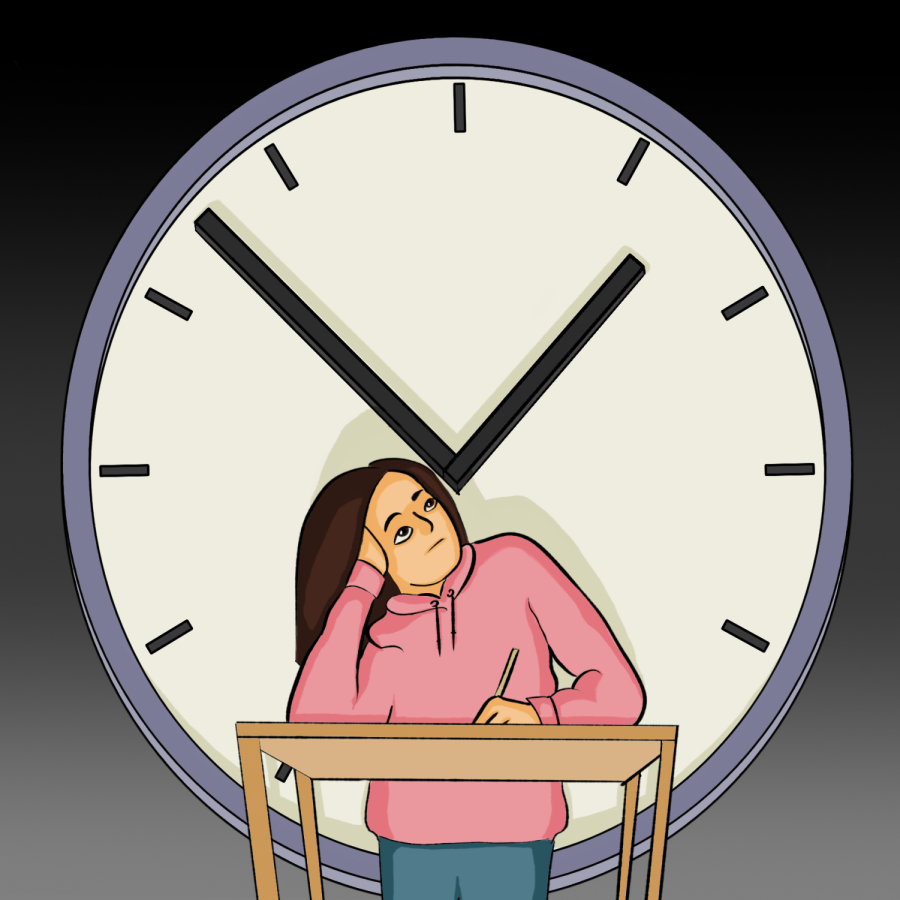 In anticipation of the statewide law that mandates high schools start no earlier than 8:30 a.m., both SCHS and Wilcox High School voted to change the districtwide high school schedule. This school year, they implemented a new schedule that involves four block days of a staggering 95-minute classes per week, as well as a later end time than that of previous years. Unfortunately, there are numerous issues as a result of the new schedule, including interference with sports and after-school activities, traffic jams and overwhelmingly long stretches of class time.

The late start time for school is intended to help teenagers overcome an obstacle that many struggle with: getting a full night’s sleep. Indeed, the change will benefit some students’ sleep schedules. Others, however, will just stay up later because they can or because they are forced to, as many activities, such as sports, have been moved to take place later during the day. After all, the late start time results in a late end time as well.

After-school activities, such as sports and marching band, are unable to begin until at least 4:15 p.m. on some days, pushing students to stay at school later, get home later and thus stay up later. Seventh period on block days does not end until 4:10 p.m. and because of this, some students may be discouraged from taking more classes, especially if they are offered seventh period. For example, Symphonic Band Two, a class many students take solely because they enjoy it, is during seventh period this year. Some prospective students opted not to take it because they did not want to be at school so late.

Although both SCHS and WHS have adapted their schedules ahead of the state mandate, many other California high schools have not, causing issues for school sports as games often still start at 4:00 p.m. since it is a convenient time for other schools. In order to participate in games, student athletes are forced to miss more class time than they would have under past schedules.

The new schedule has also created traffic issues. Instead of two viable options for schedules – as were offered previously – the late two through seven start and end times mean that many students are taking periods one through six to avoid having to stay at school past 4:00 p.m. This has caused traffic jams in front of the school before first period and after sixth.

There is also an issue with the block periods themselves. Students may have trouble sitting and listening for a whole 95 minutes. Some teachers have taken to using class time for “mental breaks” instead of instructional time because their students simply cannot absorb information over such an extended period.

Admittedly, the long periods can be good for labs and experience-based classes, such as sciences or culinary arts. But for the average class, 95 minutes is an excessive amount of time. Purely instructional classes, like math or history, can be mentally draining for a student when stretched out over an hour and half.

As the novelty of returning to school wears off, the flaws of the current schedule become more and more obvious. It will be interesting to see if SCHS will continue to use this schedule for next year, or alter it to better benefit students.