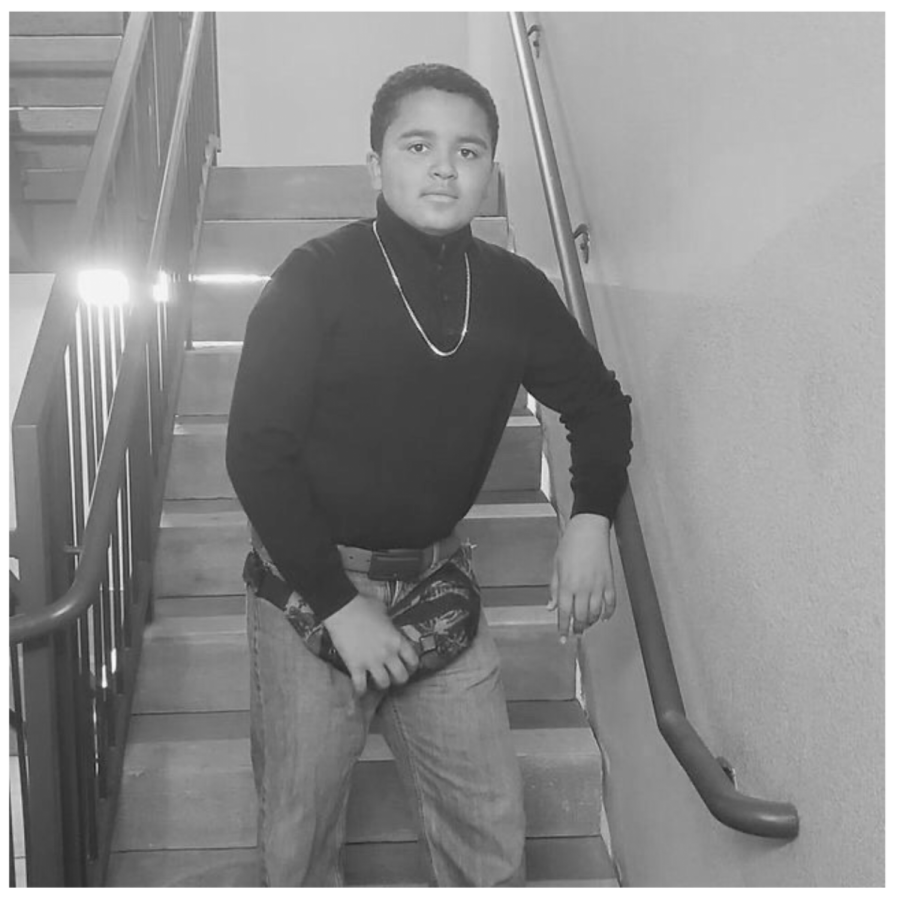 Freshman Parker Bradford dresses up as Dwayne “The Rock” Johnson.

As the Halloween weekend approaches, some SCHS students are ditching store-bought costumes and returning to the tradition of making their own. They find it to be a cheaper and a more creative way to celebrate.

After pursuing an October project for multiple years, sophomore Alyssa McCuin started another costume this year. She has been making her own Halloween costumes since she was seven years old.

“I was inspired by Mable from ‘Gravity Falls’ because she would make her own sweaters,” McCuin said, “I was like, ‘Oh, I want to do that too.’”

After years of experience, McCuin developed a process for making her costumes. She starts with buying the base of her costume at a thrift store. After finding specific items, she alters the clothing with fabric paint.

Similar to McCuin, sophomore Samantha Hoffman plans to create a homemade costume this year. Despite having no prior sewing experience, Hoffman plans to sew her costume, dressing up as Wirt from “Over The Garden Wall.”

“I’m planning to sew the cape for it.” Hoffman said. “Although I’ve never sewn anything before, so mostly trial and error.”

Unlike McCuin and Hoffman, freshman Parker Bradford plans to gather clothing from his own wardrobe to use as pieces of his costume.

“I look inside of my dresser and my clothes, and I see what I can do with them.” Bradford said.

While making their costumes, some students encounter setbacks and difficulties.

Freshman Ruby Goodwin is also making her own costume and is taking inspiration from cartoon characters.

“I’m buying all white clothes, and then I’m drawing on them to make them look like cartoons,” Goodwin said. “Hopefully, I can get my makeup done right so it will just look like I’m a cartoon, which would just be cool.”

For Goodwin, the most difficult part of making her own costumes is having the patience to continue the project.

“When you only have one or two pieces of the costume, it feels like it’s not going to come together well,” Goodwin said. “You have to trust the process as you go through it.”

Senior Kamek Morse has been making their own costumes since middle school and has become experienced in bringing their visions to life.

As Halloween season comes to an end and students will soon donn their costumes, some reflected on the amount of effort put into their costumes and the feeling of finishing one.

“You don’t always have to be completely accurate to the costume. Halloween is not a giant contest leaning on who is the most detailed and who has the best art,” Morse said. “Just have fun with it.”