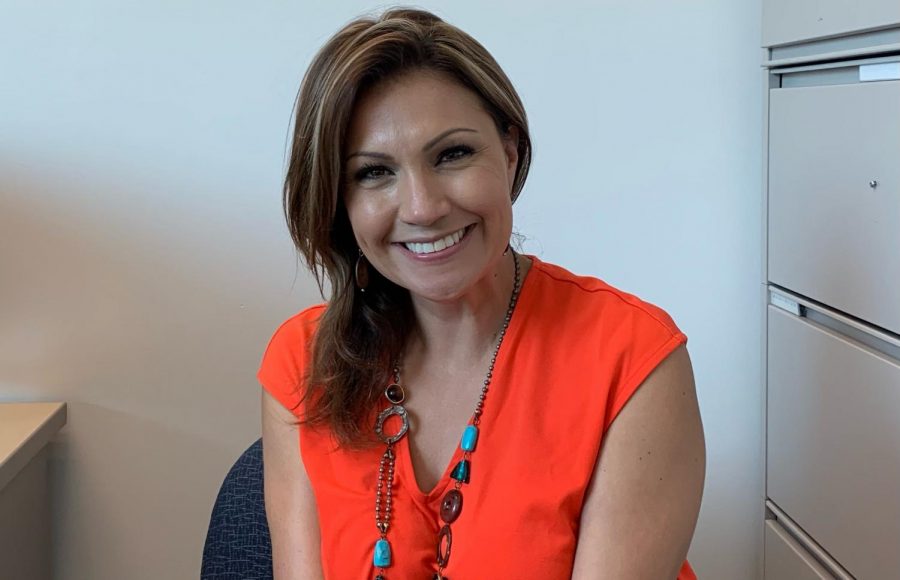 Prior to SCHS, Reynolds taught at multiple high schools.

“I love to travel,” Reynolds said. “Any opportunity I get to travel, I do. And my sweetheart and I have an RV, and so we go around and do that kind of stuff.”

Starting off in California, Reynolds and her family went from state to state, visiting Idaho, Montana, Wyoming and Colorado.

Reynolds has two kids and two kittens, and being half Irish, a peculiar tradition runs in her ancestry.

“It’s funny, we have all the M’s. I’m Maragret, my mom is Maggie, my son is Myles, my daughter is Maddie, and then our cats are Murphy and Mirren,” Reynolds said.

Reynold’s friendly and outgoing demeanor has helped her form relationships with people in the SCHS community as she supervises the halls, waving to students with a smile.

When speaking about her own high school experience, Reynolds said she did not distinctly have much care for high school.

“I went to a very rich school and was the kid from the wrong side of the tracks,” Reynolds said. “I was one of the only brown people in the school too.”

Leaving home when she was 15 years old, Reynolds had to work while attending Los Altos High, and graduated early. She explained with fondness that it was thanks to her good friends that she was able to get through school.

Post-graduation, Reynolds applied to both Stanford University and California State University, Chico. Reynolds was accepted into Stanford with three years free on an academic scholarship. However, because she could not afford the rest, Reynolds attended CSU Chico, where she received a full-ride scholarship.

According to Reynolds, her favorite part of her job is engaging with SCHS students and seeing what they are involved in. She loves to help and support students in all of her abilities, such as cheering at school sports games. Reynold’s love for being around kids has translated from her household into her job.

“Being with kids is the best part of my day,” Reynolds said. “As far as I’m concerned, if we cross paths, you are now my kid. You’re now my kid, and I’m going to treat you like that.”