OPINION: The romanticization and misrepresentation of cultures based on their portrayal in mainstream media is degrading and offensive 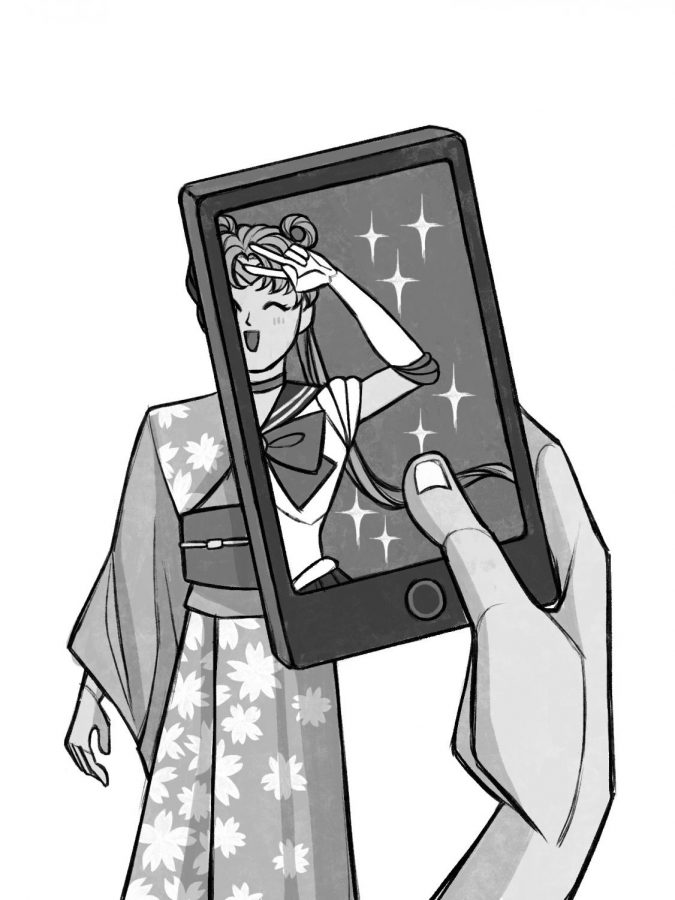 The romanticization of cultures leads to harmful stereotypes and fetishization.

Romanticizing cultures leads many away from the reality and truth of the world and creating fairytale stereotypes of societies can prove to be harmful and degrading. Although appreciating the beauties of the world is important, focusing on only those and ignoring the reality does more harm than good. Fabricating ideas and expectations of different cultures completely based on things seen on television or how they are portrayed on social media will lead to false assumptions and even disregard for the true culture. Disappointingly, many people do this unknowingly, basing their perception of cultures on anime, K-pop and many forms of media.

Many interesting, beautiful and overall amazing stories are told through anime, but creating a fantasy of Japan based off of these stories and believing them to be true is just wrong. Anime is a big part of Japanese culture and some stories told through anime do show the beauties of Japan, but like many other places, Japan is so much more than what is depicted through television, and like other countries, it is not possible to have a grasp on Japanese culture through media.

Wanting to live inside an anime is understandable, but bringing all expectations from anime into real life Japan and romanticizing its culture is ignorant and offensive. Published by the Tiktok user @sannoni, a video comparing their high school selves to the present had a comment “real life anime people.” This comment along with many others from videos across social media are extremely disrespectful and lessen the creator to “anime people.” Wanting to live in Japan for the aesthetic or wishing to run away and go to high school in Japan because of how life and school are depicted in anime is simpleminded and ignoring the deep culture of Japan.

These conditions do not only apply to Japan but many places and cultures around the world. For example, Polynesian culture. One such Polynesian country is Hawaii, which has been romanticized and given the stereotype of a tropical vacation location for many years. This idea has resulted in Hawaii’s culture, traditions and history to be ignored and even forgotten. Hula is complex and beautiful, telling the stories of the past, love, kings and queens, war, gods and goddesses and so much more, but it has been reduced down to the stereotype of grass skirts, coconut bras and wavy arms. According to the late Hawaii’s King David Kalakaua, “Hula is the language of the heart, therefore the heartbeat of the Hawaiian people,” but this major part of Hawaiian culture is disrespected. Along with hula, many go to Hawaii for vacation without researching any of Hawaii’s customs and traditions, resulting in them being disrespectful without knowing, such as violating land that is kapu.

Romanticizing cultures also comes with romanticizing those a part of and associated with these cultures and ethnicities. K-drama depicts handsome, romantic and attractive male roles in many of their films. These roles are sweet and romanticizing the characters and the story is expected, but pulling these ideas and expecting this from all Korean and Asian men is disturbing and borders on fetishizing. Relating all Asian men back to K-drama or anime and saying they look alike when they don’t can be racist and disrespectful. Oftentimes comments on TikTok videos made by someone in Japan and/or Korea depressingly consist of comments that read, “Real life anime??” and “Real life K-drama.” Although it can possibly be meant as a compliment, simply connecting an Asian person with anime in general is audacious and tiresome.

Even if some may argue the point that creating these fantasies of places and people have no negative effect whatsoever, they need to understand that reducing an entire culture and its people down to its stereotypes only results in disrespect and disregard for the traditions, history and individuals. In order to fix this issue, people must learn to appreciate all cultures in their entirety.