SPORTS: The return to in-person learning causes some sports to have a slow return to full size teams 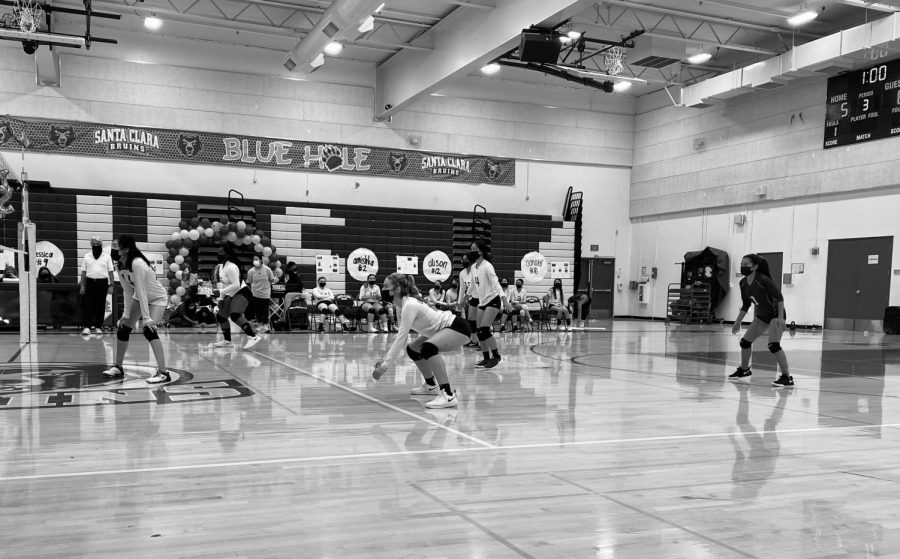 Sports are no exception when it comes to the impacts of COVID-19. After a delayed and short season during the 2020-2021 school year, some teams have experienced a significant drop in athletes. Because of the COVID-19 restrictions, several athletes have had to change the way they train and compete.

Some teams have been short on athletes this year, particularly lowerclassmen. According to SCHS Athletic Director Anthony McGilvery, water polo is missing a girls JV team this season. There is also no JV girls tennis team, which McGilvery said had always existed prior to the COVID-19 pandemic.

Late sign-ups for the spring season may have been a contributor. According to McGilvery, field hockey had very few players at the start of tryouts but had a full team by the first game.

COVID-19 has also affected the lives of athletes. Jackson Moody said that the reason he was able to train this past year was due to club water polo allowing him to practice in addition to working out with a rack at home. Moody said he thinks a shortened season last year led to a decline in the number of players, but this year, he’s still seeing a lot of old teammates.

“We have all the players that I played with a couple years ago with some new people as well,” Moody said.

This year, water polo was struggling to find players with barely enough to form a boys varsity and JV team. Moody said he enjoys working with a smaller team.

“I believe you bond more as teammates and you are able to play off each other’s strengths a lot better,” Moody said.

Fewer substitutes on the bench, however, have been a problem.

“It does take a physical toll on those players playing the majority of minutes in those games,” Moody said.

While some sports have struggled with a lack of athletes, cross country is an exception. Cross country coach Julie L’Heureux said that the team has not experienced a significant drop in athletes this year.

“The younger kids have come out in force,” L’Heureux said. “We really didn’t get any new older kids, but that’s normal.”

L’Heureux said the biggest effect of COVID-19 the team has felt has been athletes’ lack of exercise over the past year. The cross country team has reported injuries last season and this season because many athletes were not exercising over the break. L’Heureux said she believes this effect could linger as many new runners are still struggling with their injuries.

McGilvery said he thinks the effects of the COVID-19 pandemic will be short term.

“The winter sign ups already look great, and I’m sure spring will be as well, ” McGilvery said. “I think kids want to be involved again.”