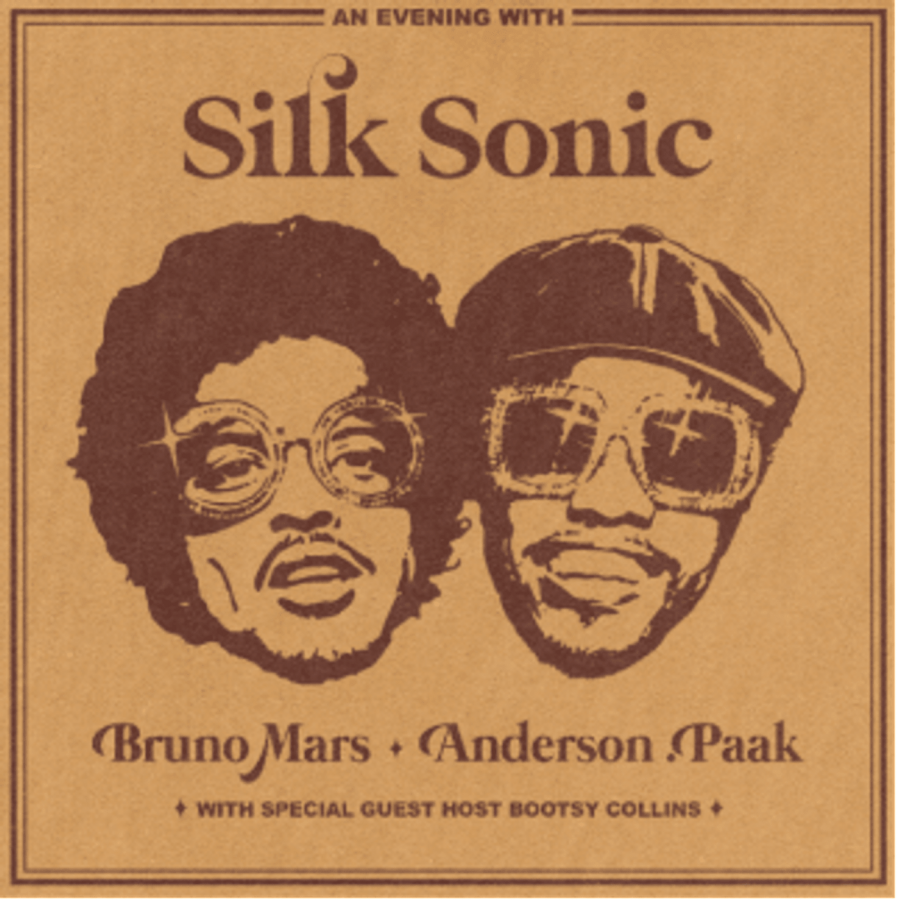 After almost a two year break from music, artist Bruno Mars partnered up with fellow artist Anderson Paak to create the R&B duo, Silk Sonic. Their debut album “An Evening With Silk Sonic” was released on Friday, Nov. 12. The album consists of nine tracks and is around 31 minutes long. The collection provides a great mix of love, heartbreak and upbeat songs.

An example of one of the love songs is arguably the album’s most popular one, “Leave The Door Open.” It is a powerful tune about liking someone and hoping they feel the same way. These love melodies are the kind this duo is best known for.

“I ain’t playing no games / Every word that I say is coming straight from the heart,” Bruno Mars sings.

They continue with the theme of love in the third track “Fly as Me,” a song about two people who deserve each other.

Not all the ballads are that happy though. Songs like “Smokin Out The Window” are about people who were only in relationships for money and social status. The lyricism is deep, and the duo expresses their authentic feelings.

“You got me out here smokin out the window / Singin’ ‘How could she do this to me?’ / I thought that girl belonged to only me,” the duo sings.

Another example of a heartbreak ballad is “Put on a smile,” which highlights how one has to hide the pain of losing a significant other by faking a smile.

“I’m dyin’ dyin’ tryna put on a smile / Baby girl, the only thing worth smiling for was you,” Bruno Mars sings in this verse.

Toward the end of the album, Silk Sonic seems to move on and come back to an upbeat tone with “Skate,” Silk Sonic’s second released song. It is a catchy tune, one that people can make TikTok dances to and play at parties.

“No, No don’t be shy just take my hand and hold on tight / Oh skate to me baby,” the duo sings together.

Although the song “777” involves gambling lyrics, it brings the funk and cheerful vibe to the album while maintaining old school music energy.

Overall, the album is a great one and will not disappoint listeners. The duo brings back to life a genre many have forgotten about. The ballads and the many different feelings expressed throughout the album will make Silk Sonic’s first and hopefully not last album one to remember.