CAMPUS: ‘Never be too proud to come back’: Teachers who are SCHS alumni reminisce over their past years at SCHS 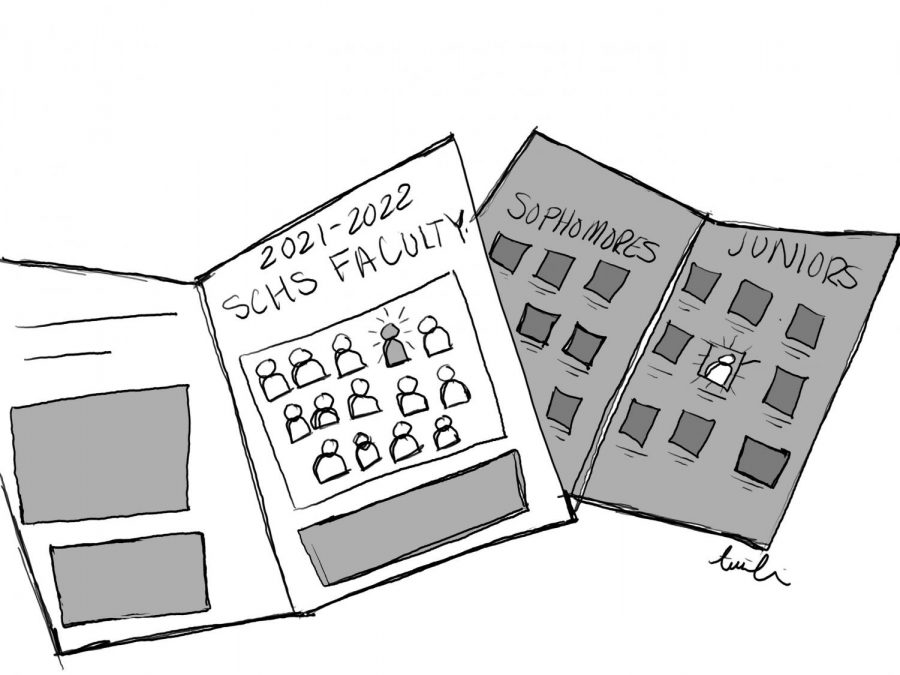 A plethora of SCHS alumni returned as faculty members.

Returning to SCHS as an alumni, physical education teacher Cory Morbo recalls the unbreakable Bruin spirit that has grown since her time as a student.

“When I first got hired at Santa Clara, I was super impressed by how spirited and courageous students were,” Morbo said. “They would go in front of each other and sing songs and dance, and I was like, ‘Wow, I would never have the courage to do this when I was fifteen.’”

Morbo participated in a variety of activities when she was a student, including powder puff and softball. She encourages all students to participate in the activities they are passionate about.

“I try to tell my students to get involved as much as possible because time is short and high school goes by quickly, so it is something that you don’t get back,” Morbo said. “Always get involved. If you are thinking about trying out or doing something, just do it so you can have fun.”

College and Career Resource Technician Anthony Butler was in Leadership when he was an SCHS student. He noted the changes made to Leadership currently and appreciates the time he spent in it.

“Leadership was not a class back then, so we’d have meetings once a week during lunch. The elections were more cutthroat, so people had posters and buttons for campaigns,” Butler said. “I loved it because I liked being able to work with my friends in Leadership.”

When he was in high school, science teacher Daniel Lehnert was in the band for three of the four years he went to SCHS. Like other activities, the band has undergone an array of changes.

“It was a very different band than it is now, but some of the same things go on,” Lehnert said. “There seems to be a bigger commitment to a sense of community now and an enjoyment of performance now.”

The sense of familiarity fostered by teaching at a school he previously attended is one of the key reasons why Lehnert chose to teach at SCHS.

“I think it’s powerful to be able to say that I am from Santa Clara and be able to connect by knowing the area,” Lehnert said. “ I am able to say, ‘Here is where I hung out when I was your age,’ or ‘Here’s where you can get good donuts.’”

Butler, too, believes the sense of familiarity helps him connect with his students on a greater level.

“My friend’s kids who are here who know me know that I was involved with everything at school, and to see me here makes them happy because they know I care about the school so they know I will also care about their kids as much,” Butler said. “It’s true because everyone I see here I call my kids, and I just give them back at four o’clock, so they’re all family.”

Butler urges all students to maximize the time they spend in highschool and hopes to see more alumni return to SCHS to inspire and foster community among future students.

“Take advantage of opportunities and always come back,” Butler said. “When you come back, it encourages these kids now because they get to see that there is life after highschool and success after highschool, so never be too proud to come back.”