OPINION: An eco-travesty? Tesla cars are not as environmentally friendly as they may appear 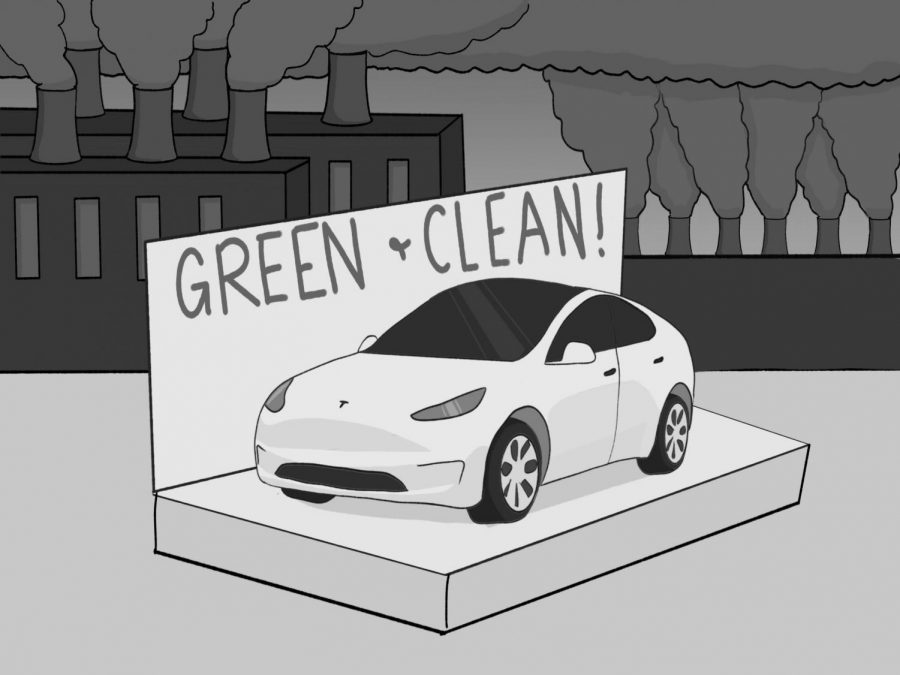 Although Tesla claims to have eco-friendly goals, those claims are a facade.

When Tesla released the Model 3 in 2017, it shook the world. After an unveiling filled with pomp and circumstance, the Model 3 was introduced to the public as the car of everyone’s dreams. This award-winning car seemed to accomplish the impossible by being classy, futuristic and somehow releasing zero carbon emissions. After being placed into the spotlight, the Model 3 was snatched up by the media and quickly became an easily recognizable status symbol with a huge fan base.

Tesla has been riding a wave of success after the release of the Model 3 and has been slowly developing its brand as a zero-carbon emissions electric car company. Although Tesla has repeatedly said their cars have no effect on climate change, their cars and their power source could not run without releasing carbon dioxide. People are letting Tesla get away with manipulating the media and taking away from companies that are transparent about their carbon emissions, creating a problematic issue.

Tesla’s Model 3, supposedly an extremely eco-friendly car, actually is not more clean than a Toyota Corolla until it is driven 13,500 miles, according to Reuters. To compare, an average American drives around 1,200 miles per month. This means that a Model 3 owner would have to drive for around a year until they would actually be driving a car that is helping the environment. Meanwhile, Tesla has led consumers to believe that they are buying a car that is eco-friendly.

Even though Tesla trails behind companies like GM and Ford when it comes to being transparent and honest, Tesla is worth more than GM and Ford combined. People are failing to hold Tesla responsible for not showing their carbon-emissions data. This is not only taking business away from other deserving car producers, but is also paving the way for other companies to do the same manipulation. Instead of believing what car companies are saying about themselves, people need to learn how to read in between the lines and question whether or not companies are really what they claim to be. By doing this, people can make the world a healthier place for all.