OPINION EDITORIAL: Students should be exempt from unnecessary newspaper subscriptions 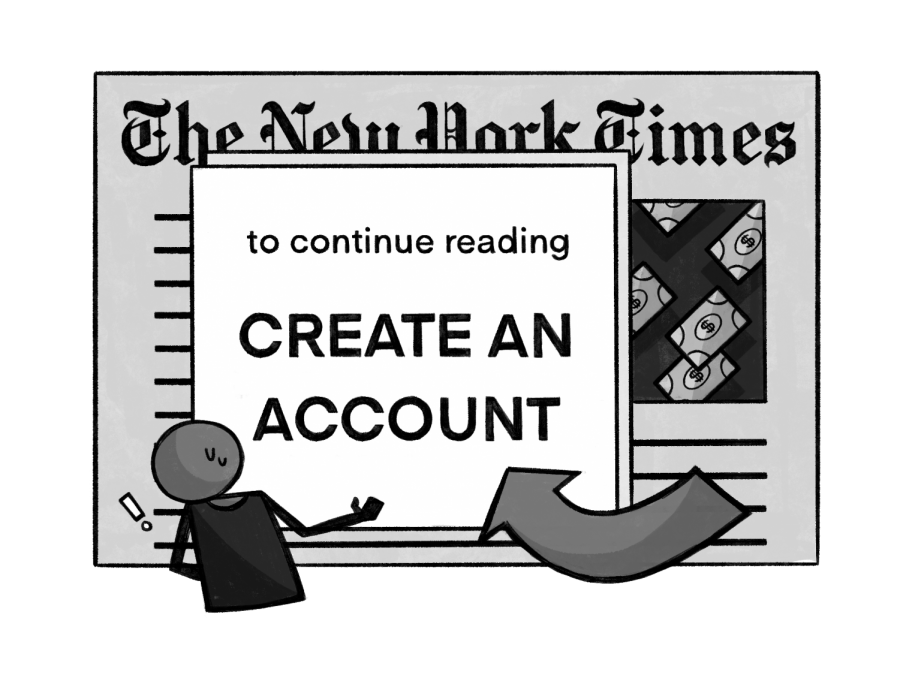 New sources' usage of subscriptions and hinder students from learning from these websites.

After sitting down in the school library, a student opens their laptop and types “The New York Times” into the browser to begin a research project. After reading one article, the student moves their mouse and clicks on another article only to find a subscription paywall blocking their view.

With the development of digital journalism, news has become more accessible. Social media has played a critical role for virtual news by gaining readers and profit. With the increase in followers and popularity, a newspaper is ultimately benefiting, but the complication lies within students and educators paying for unnecessary subscriptions.

Along with the rise in readers, the output from virtual and printed ads has made substantial progress for the New York Times. According to Go Banking Rates, The New York Times stated their 2016 reports said that 89 percent of their advertisement revenue was from digital and printed displayed ads in versions of the newspaper, 5 percent of these newspaper’s ads were explicable for classified ads. The last 6 percent came from delivering newspapers with customized products and free-standing inserts. More than half of the newspaper’s rates were due to the advertisement revenue of the virtual news source. With the guarantee of virtual advertisement, there is no demand for more subscriptions.

Newspapers provide vast amounts of information, and news informs school communities. Limiting this important tool to a small section of people is fundamentally wrong. Those who are teaching younger minds about the world and the students who are learning about the future must have access to news sources. Rather than subjecting students and educational staff to pay for subscriptions, large newspapers like The New York Times should use ads to increase their profit rather than administering more subscriptions. The future must have the privilege to learn freely.