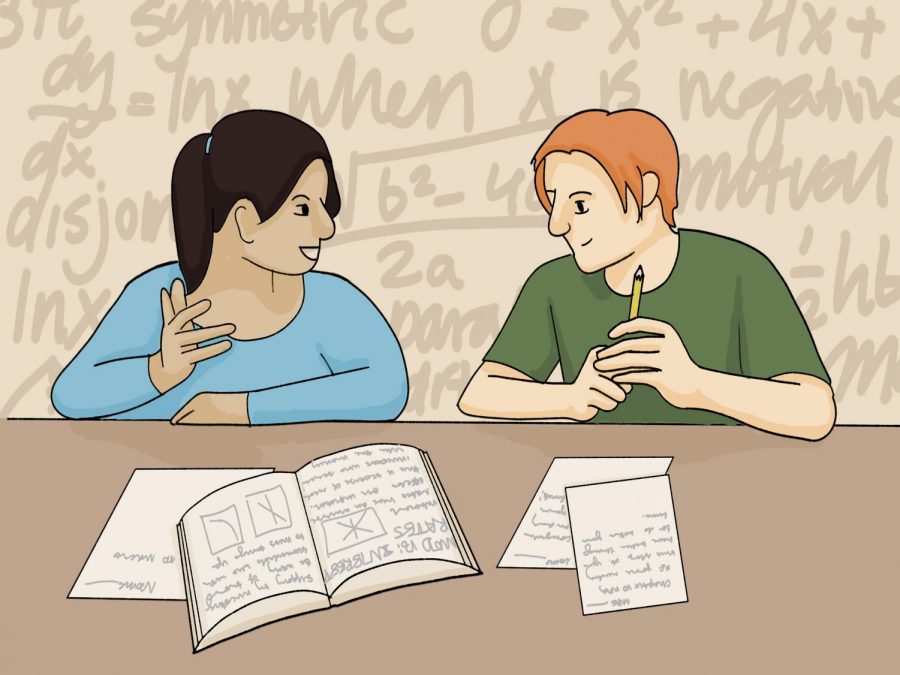 Mehta and Gandhi released interest forms for CSF members to state what topics they’d like to teach and what student support days they would prefer to teach on.

Students have faced academic challenges throughout the school year, whether it be recovering from the post-COVID troubles or not understanding the concepts taught in classes. To assist students, the California Scholarship Federation has initiated a peer tutoring service.

“We realized that a lot of students in some of our classes needed support, and also the fact that we are an organization that accepts members based on their GPA made us realize that it was the perfect combination of pairing students in CSF with other members of school,” club co-president, senior Riya Mehta, said.

The concept has received widespread support from CSF members.

“Students were really excited to join this tutoring program,” club co-president, senior Saurav Gandhi, said. “Anything to help each other academically is good, and students seem excited and eager to participate. We got a lot of sign-ups in our initial interest response form.”

According to Mehta, CSF tutoring is currently limited to Wednesdays and Fridays, during student support periods, though the program may be expanded depending on student needs. Plans are in place to announce the service campuswide. However, it has not been rolled out yet. Unlike normal procedures for student support, where students request a pass from a teacher to visit ahead of time, students would receive a pass from CSF.

“We’ll have passes that are ready to be delivered to students in their classes, so they don’t have to really worry about getting passes or anything. It’s all very streamlined,” Gandhi said. “We are yet to send out a mass email to the school to see if anyone’s interested in being tutored, but we do plan on doing that sometime in the week. Anything to get the word out, honestly, is the best way for us.”

CSF members feel optimistic about the tutoring program, with members such as sophomore Kathleen Chen expressing their interest in helping others.

“I hope it can happen next semester, and I do hope I can help someone with their classes, or something that they’re interested in,” Chen said.The program is still in development, with ideas such as extending the program to those with learning disabilities.

“One of my friends was really interested in the program. She really wanted to extend it to those with intellectual disabilities since she’s done work like that before, so she was pretty excited about hearing about it, and she hopes that we can add something along those lines as well,” Mehta said. “We just want to start it off the ground right now, but the excitement and the interest are there, so we first want to see how this goes and then maybe extend it.”