New Year’s resolutions do not need to fail, according to one reporter 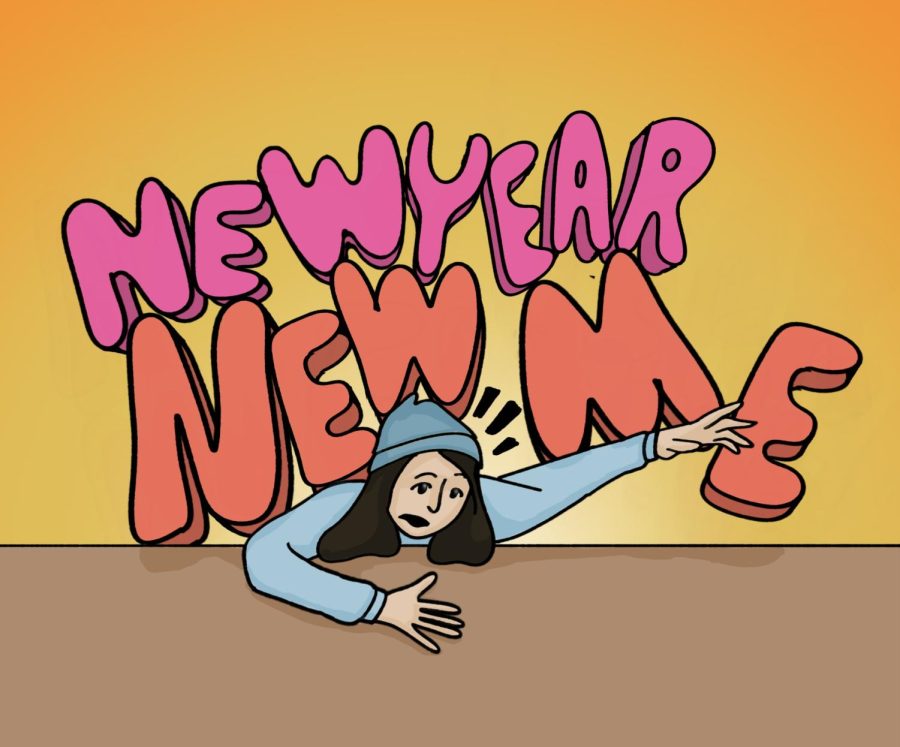 People should ditch the phrase "New year, new me" and instead embrace themselves in order to grow.

In pop culture, New Year’s is heralded as a fresh start, a clean slate brimming with possibility. From this springs the idea of rebirth, and many adopt the phrase “New Year, new me.” As the year progresses and it becomes harder to stick to goals, the shallowness of the motto “New Year, new me” becomes strikingly apparent. By the time February rolls around, the majority of New Year’s resolutions fail. It’s time to feel a sense of accomplishment for your efforts in 2022. These tips will aid you in achieving your resolutions this year.

1. Start your goals as early as next week. The New Year is not the be all, end all.

The date Jan. 1 is synonymous with drastic change. On New Year’s Eve, many prepare for Jan. 1, making mental changes to their routines and ways of life, hoping to start the New Year off right. This is attributable to the “fresh start effect.” The New York Times defines this effect as the period of self-evaluation that follows the passing of a monumental date. The study cited by the Times discovered that the start of a new week can also serve as a monumental date. If dates other than Jan. 1. can be monumental enough to inspire change, it is simply irrational to wait 365 days for the New Year to better your life. Even if the first few days of changing your routine do not go ideally, that does not mean to surrender. Instead, digest your failures as learning experiences for your next attempt.

2. Becoming a “new you” is not necessary for change.

Not only is the phrase “New Year, new me” ineffective, but it also promotes the deeply harmful message that you are not properly equipped to achieve your goals. Following this motto will only bring self-hate and unachievable standards as many turn to social media, comparing themselves to their peer’s perfect Instagram posts and stories. According to a study by Princeton on the negative effects of social comparisons, self-evaluation becomes problematic when one views themself as “an object to be judged.” Frequent social comparison eventually leads to chronic dissatisfaction and emotions such as guilt, regret and envy. When comparing yourself to social media, you do not see the lives of people, only the moments worthy of likes and comments. Although ideal, a picture-perfect life is both unachievable and fundamentally flawed. It is unreasonable to eliminate the difficulties of the human experience because they are the reason why we are able to enjoy life’s pleasures.

3. Make sure your goal is achievable.

Purpose or lack thereof can make or break a resolution. For goals to be achieved, one’s purpose must be deeper than the phrase “New Year, new me.” According to Forbes, around 80 percent of New Year’s resolutions completely fail. To have a fighting chance of achieving your resolutions this year, a good model for goal making is SMART: specific, measurable, achievable, relevant and time-bound. It is important to place an emphasis on achievable goals. When a purpose behind a goal is corrupted by societal standards, the goal often becomes unachievable or unrealistic.

Despite its effectiveness for a handful of people, the motto “New Year, new me,” is too shallow to inspire genuine change. The phrase may act as a motivator for the first month of pursuing resolutions, but as time passes and the excitement of achievement fades, the majority of resolutions will fail. For long-lasting change, examining the purpose behind your goals and recognizing the strength within yourself to achieve them is absolutely vital. It is also important to note that failing once, twice or even a dozen times is not a reflection of a flaw within yourself, but instead, the necessary process of trial and error. After all, you do not need to become a “new you” or wait for the New Year to achieve your goals.