OPINION: Changes should be made to music in the quad during lunch 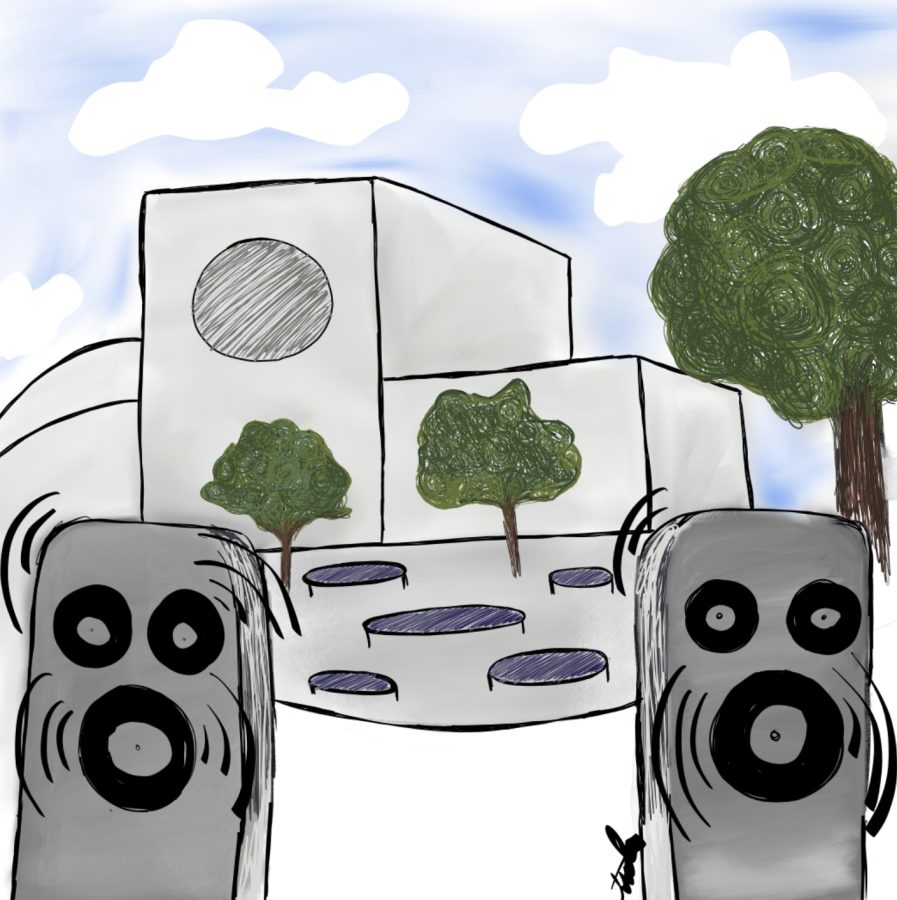 Playing music at high volumes during lunch can often times be distracting.

The lunch bell rings. A student walks out of their class and makes their way to the quad. As they approach the cafeteria, they hear it: loud music blaring from two large, black speakers. When they enter the quad, they are hit with a wall of jarring music. It is going to be a long lunch.

While a good idea, playing music in the quad poses problems. The volume is unreasonable and the music is played far too often.

If a student finds themselves sitting near the stage on a day that the speakers are set up, they can abandon any plans for conversation because with the speakers playing at what seems like full volume, it becomes nearly impossible to hear themself, let alone anyone sitting across from them. Any student who wants to start an extensive conversation will likely have to abandon half of the quad and surrounding hallways as potential seating due to the loud music.

Even the music choice would be tolerable to most if the volume was turned down because it would be easier to ignore when it is something that does not relate to every listener. Ideally, every song played would be one that everyone likes, but that will likely never happen given the immense population and diversity of the SCHS campus. All of these problems are exacerbated by the fact that music is usually played three times a week, which is simply too often.

Playing music in the quad is a great idea, but when most students are trying to eat or talk to friends, the music makes it difficult to do so. If a student needs to meet with a classmate or friend to get help with homework, the music makes it difficult to concentrate on even the simplest of things, and they will have to fall back to the library or a classroom to get work done. If music was played less often, more flexible opportunities for students to work would be provided.

The way music is played does the opposite of the seemingly great idea. In order to play music to improve the atmosphere, it needs to be quieter. Then, if a song comes up that is especially bad to a listener, they don’t have to flee half the campus to ignore it.