OPINION: You can’t cage minds, thoughts and feelings in zoos 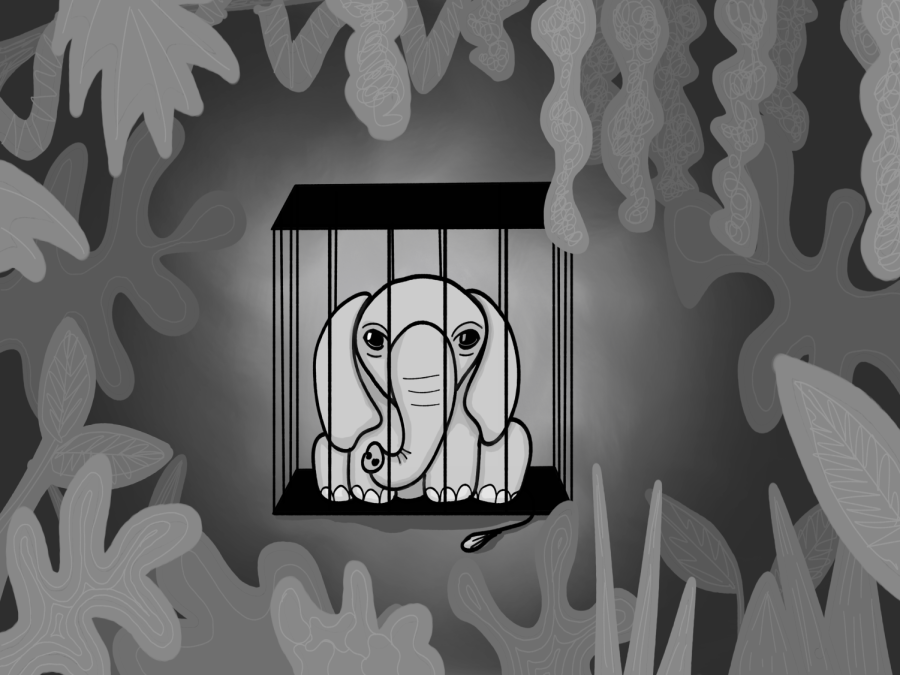 A gloved hand reaches into a silver pail, seizing the tail of a silver mackerel. Dozens of penguins waddle to the figure who parcels off raw fish. Children tug on the sleeves of their parents, urging them to watch as the magnificent marine animals are fed. Despite the effective marketing campaigns of a number of zoos, there is a clear truth: animals should not reside within cages.

The zoo, marketed as a sight to see, has caused various atrocities in the past. CBC’s Nature of Things reported that the late 1800s were characterized by a rise in human zoos, where audiences could observe colonial people in exhibits. Ota Benga, a Mbuti man, for example, thought he was hired by the Bronx Zoo to be a zookeeper, but he was kept in a monkey house, his cage filled with bones and his teeth filed to points to make him appear savage. After years of being treated as a feral spectacle, Benga returned to Africa where, unable to assimilate back into society, he committed suicide in 1916.

Although the atrocities of imperial America are dissimilar to the current captivity zoo animals experience, there is an observable pattern: ignorance under the guise of entertainment. Animals are not figures to be placed within concrete walls behind steel bars. An animal is defined by the environment it is in – a salmon by the freshwater it swims, a zebra by the plains it roams, a falcon by the skies it flies. Removing animals from their accustomed environments is an abomination.

The transition alone from nature to constructed environments is not easy for a zoo animal. Contributing author Charles Siebert detailed the effects of captivity on elephants in New York Times Magazine, explaining that elephants commonly experience joint disorders, foot sores and foot infections. Neuroimaging has shown that elephants inhibit similar neural wiring in their cerebral cortex as humans, noting a sense of self-awareness and consciousness, leaving them susceptible to depression and chronic boredom.
Further physical detriments are suffered during transport, such as being drugged, as disorientation and rapid displacement are difficult to overcome. Seibert cites the tragic conditions of Flight 805, carrying 17 elephants, traveling from Swaziland. Elephants were kept in crates too small to lay down in and suspended above the floor of the plane. Self-aware and intelligent entities are being collected, stored and shipped like mere commodities.
While some zoos have discontinued elephant exhibits, other animals experience negative effects when in captivity. An article published in the New York Times’s science section lists the behaviors of captive carnivores, ranging from high infant mortality to extreme pacing. Captivity may seem like a viable option because of human actions as animals face poaching, pollution and urbanization, but relying on zoos to provide second-rate environments for animals is lazy, to say the least. Zoos are formidable for wild animals. Attempts at modifying the environments of animals in captivity will not compensate for a species’ natural home.
The truth is hard to swallow when it comes to zoos: they are not paradigms of education. They exist merely for the entertainment of humans. While lucrative, the zoo industry is tainted by a dark past. It has never been moral, and under current conditions, it will never be moral. Though the zoo industry may not topple at a singular turned nose, a large mass of individuals choosing not to attend zoos will affect profits, helping to effectively admonish zoos and prioritize the wellbeing of animals over the entertainment of humans.