OPINION: Growing volatility and instability will feed changes for many 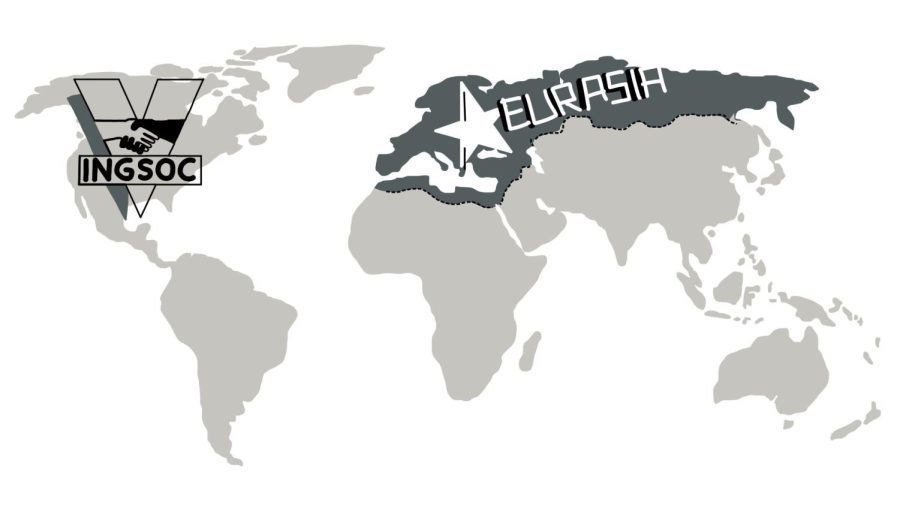 With the invasion of Ukraine by Putin’s Russian Federation on February 24, 2022, many questions remain about what the future holds for the next generations who are forced to look upon this bloodshed overseas. Ukraine is only an example of the growing tensions between the Eastern and Western worlds, a conflict that leaves many anxious and worried for the sake of those who will be caught in the crossfires of what the editorialists of the Wall Street Journal have named the “New Cold War.” There are a few regions in the Western World that are particularly vulnerable to the new times, whose futures hold many new pathways for the world to discover.

Japan is considered to be a new addition to the trope of Western influence, very recently having adopted the political/economic systems synonymous with the Western world. Anthropologist Alan Macfarlane noted in 1994 that there can be very little doubt that Japan has “developed into a major industrial-capitalist power,” which worked in convergence with the Western world in which there are “structural principles within each which are surprisingly similar.” These similarities are running too close to comfort for the Japanese citizens, as the means by which Japanese industrialization happened are soon to go full circle. Abishur Prakash, a writer for Medium, noted that Japan’s debt-GDP ratio has risen to around “200 percent.”

With a looming economic crisis on the way for the Japanese, who were revealed in the 2020 census to have nearly 300,000 ethnic descendants and citizens living in California alone, there is only a limited scope of the changing times. The growing volatility of the region raises questions and worries for many around the world, including the descendants of those who live here in California.

Ethnically, culturally and linguistically diverse; located in the Caucasus mountains and on the southern Russian border; a Post-Soviet state both politically and culturally – Georgia has been threatened by growing Russian influence for years now. On August 8, 2008, Russia staged a land-invasion of Georgian lands in a conflict that lasted only a matter of days, yet the problems caused by the invasion continue to reverberate on into 2022.

Such injustices cannot be ignored in the rest of the Western world, as Russia’s aggressive actions towards the Baltic, Scandinavian and Caucasian countries have continued to repeat themselves over and over again, which could all build up and lead to a major international crisis in the near future.

As Vladimir Putin’s assault on Ukraine continues, many eyes have turned toward the relationship between China and Taiwan. Since 1949, the island of Taiwan has held a critical position in the South China Sea, one of the most valuable economic and geostrategic locations in the modern world.

In 2021 the United States Energy Information Agency reported the South Chinese Sea to possess between 16 and 33 billion barrels of oil reserves and about 14 trillion barrels of natural gas. While the South China Sea contains massive amounts of oil and natural gas, the South China Sea is also home to a third of the world’s maritime shipping lanes which routinely carry over $5 trillion USD worth of trade yearly. This lane is a critical source of income for Taiwan, Japan, South Korea and China, one of the world leaders in maritime exports.

In sum, the world is changing; the extent to which is unknown to anyone in the present. Yet for those who live in California, all should remember that with the glory of the internet, the ability to help those caught in the crossfire is only a few clicks away. The world may change, but the human spirit will not.

Multiple countries have attempted to lay claim to the region; however, China has made the most noticeable of movements. Since 2014, the Chinese government has created human-made islands stretching over 3,200 acres of land. The goal of this endeavor is to abuse The Law of the Sea. This law originally stated that countries may lay territorial claims up to three miles from their coastline. In 1982, however, this distance was extended to 12 miles, a threat to the Taiwanese people and their sovereignty.