A&E: Friendship is not limited to one’s grade 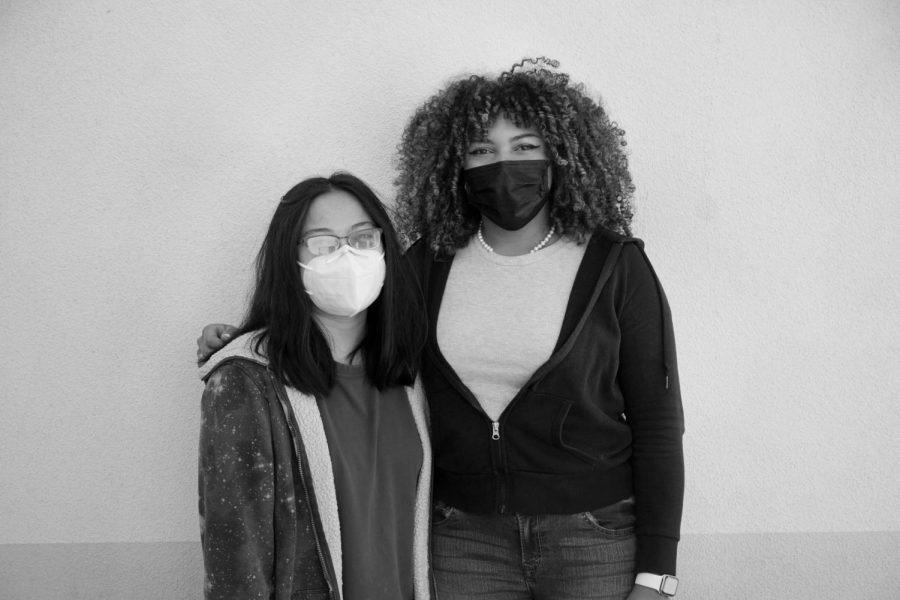 As students transition through high school, many have realized the significance of a connection with peers of different ages. Some SCHS students have developed friendships outside of their grade and have received unique and helpful experiences from each other.

A pair of friends between grades, sophomore Taleisha Wang and senior Kayla Darabi met last summer at band camp and bonded over their shared love of music. Despite being nearly two years apart in age, they were able to form a strong bond and feel lucky to have met.

Darabi feels happy to support Wang in all aspects of high school, both socially and academically. She cherishes their friendship, and she reflected on the ways Wang has supported her in return through school and marching band.

“During the marching season when I was Pit Captain, learning difficult music while everyone was relatively new to the instruments was rather challenging,” Darabi said. “However, she would be there to help me, or attend sectionals, or just talk out all of the crazy things that were going on.”

Along with Wang’s help, Darabi has also advised Wang throughout this year. Wang felt nervous during the start of school and looked to Darabi for support and friendship.

“When school first started, I was a nervous wreck and too socially anxious to reach out to anyone new, so having Kayla as a friend in marching really helped me not feel alone,” Wang said.

Regardless of age, this pair of students not only support each other with extracurriculars but in all aspects of life.

“I feel like you get a different perspective from other people, especially those younger than you because they typically have a fresher and more optimistic view on things,” Darabi said. “It definitely keeps me a more positive person.”

After taking the same bus home from school one day, sophomore Isabella Acuna and junior Lindsay Patterson quickly discovered similar interests, and soon created a cherished friendship. Acuna feels grateful for Patterson’s support and reflected on what their friendship means to them.

“It makes it easier when you have people supporting you and on your side,” Acuna said. “With friends you can be happy and actually have good times with people and make memories.”

Patterson also cherishes their friendship and advised others on how to create meaningful relationships.

“I would say just be understanding of people,” Patterson said. “It really helps a lot when you care.”

As some Bruins have realized, creating supportive and welcoming communities is crucial. Some feel that by reaching out and forming connections with people of all ages, it helps to create a stronger and healthier school environment.

“As an upperclassman, it’s important to create healthy friendships in order to be there for the underclassmen and guide them through high school,” Darabi said. “Social relationships can exist despite being in different grades, and I think it’s important to foster such connections to branch out.”