SPORTS: Members of SCHS speak on the controversial topic of steroids 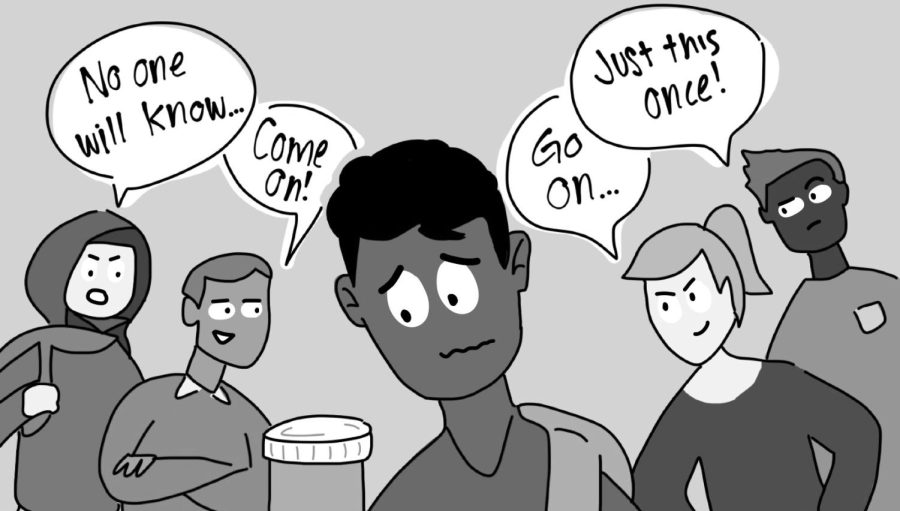 One of the biggest issues in modern-day sports includes the use of steroids and other performance-enhancing drugs. Many students and faculty at SCHS have varying beliefs and opinions about this controversial topic.

SCHS security guard Junior Reyes, who has coached wrestling for five years, believes that steroids are similar to any other drug someone would take.

“Steroids are very bad for you, pretty much like a drug. You’re just putting drugs in you,” Reyes said. “They have a lot of short-term and long-term effects on your health.”

Steroids are a shortcut to instant improvement, which Reyes does not like.

“I’m not a big fan of shortcuts. If you can’t do it the natural way, then why do it at all?” Reyes said. “It doesn’t give an even playing field for everybody else who isn’t on steroids. It’s just not fair at the end of the day.”

Junior Mateo Moyoli has played soccer for ten years, three of those being at SCHS. He thinks steroids take away from those who put in the hard work.

“It is kind of discrediting the people who get to that point naturally,” Moyoli said.

Reyes mentioned that one of the effects steroids have on health is putting strain on the user’s heart, which can lead to heart attacks. He also discussed roid rage and its harmful effects.

“People are not able to control their emotions and their feelings, and it’s called roid rage because they just can’t handle their emotions and just go off on people. I think that’s really bad because it affects relationships within your family and your friends,” Reyes said.

Reyes believes there are a variety of reasons why athletes take steroids and performance-enhancing drugs.

Moyoli believes the pressure to take steroids can be damaging mentally and thinks the thought of trying to be good enough in their sport would affect an athlete.

“I feel like if they have a coach that was just constantly pressuring them, or if they’ve been pressured into doing it just by the competitiveness of the sport they play, I feel like they could be pressured into it,” Moyoli said.

When caught, athletes receive punishments including suspensions. Reyes likes that and believes that leagues should be stricter with their protocols and penalizations.

Additionally, Reyes believes athletes who take performance-enhancers do not deserve to play their sport.

“You shouldn’t be allowed to compete if you’re going to be using enhancers like that,” Reyes said.