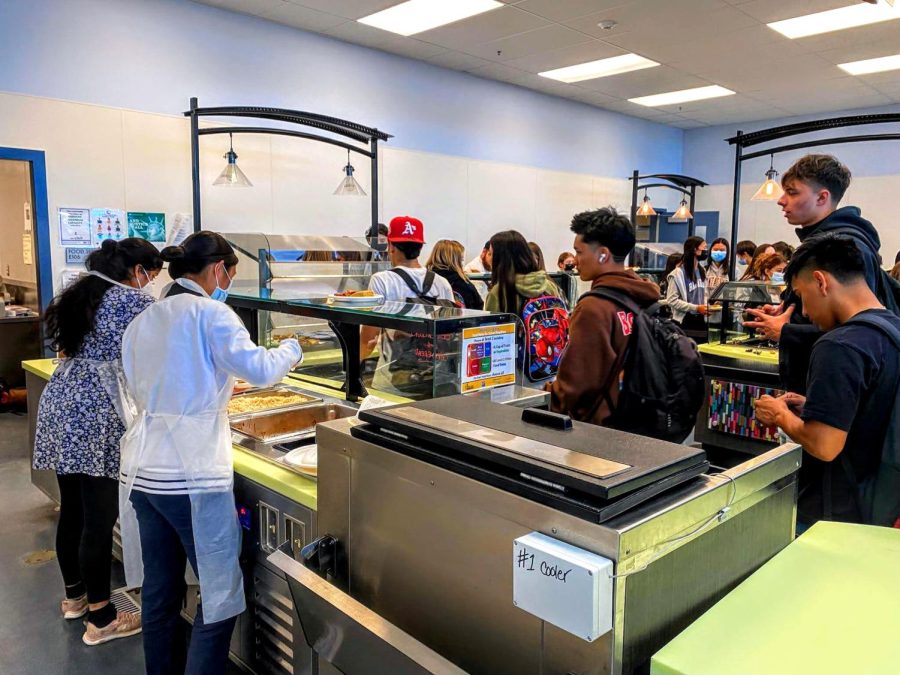 Controversially, small lunch portions have forced athletes at SCHS to find creative ways to fill their stomachs throughout the day. Although free in price, the school-provided lunch has proved to be an insufficient source of nutrition for those who participate in sports, leading many to bring food from home.

Sophomore soccer player Kyle Campbell strives to eat 3,000 calories per day, but the small lunch portions make it difficult to accomplish that goal.

“I would like to see larger food portions, but I do understand that they can’t make loads of food,” Campbell. “It does feel pretty similar to middle school.”

Sophomore swimmer Jeremy Flint advocates for seconds when it comes to lunch menu changes. He also packs his own lunch that consists of more filling foods.

“I usually like to bring carbs. Most of the time it is just rice, maybe some meat,” Flint said.

Campbell has his own ideas for improving the lunch menu.

“I suppose they can make it more easily available what they were going to serve. Also, I would like to see a few more options on the cold menu because a salad or a bad sandwich isn’t cutting it,” Campbell said.

“When I started the school year, I wasn’t eating that much in the morning. Now I am eating a triple-decker peanut butter sandwich every morning because I know I am going to be hungry otherwise,” Flint said.

Similar to Flint, Campbell uses the morning to prepare a sufficient amount of food for the day.

“I make sure to eat calories and eggs as well as toast,” Campbell said. “I usually pack bananas, apples, granola bars, things like that.”

Since most swim meets are during school hours, the athletes are not able to leave and get food, which means that those who do not bring extra food may go hungry. Flint learned this after not bringing enough to eat on a game day.

“I had low energy and felt fatigued when I didn’t eat enough food, which had a large effect on my performance,” Flint said.

Campbell suggested that his body would suffer if he did not bring food from home.

“I would probably lose weight if I only ate school lunch,” Campbell said. “I don’t think it would be enough.”

In addition to proper caloric intake, the athletes mentioned that sleep and hydration are crucial for performance on game day.

“I always drink a lot on a game day,” Campbell said. “I make sure I get enough sleep as well so I can perform my best.”