OPINION: The mentally unwell do not bring the illwell that the media sells 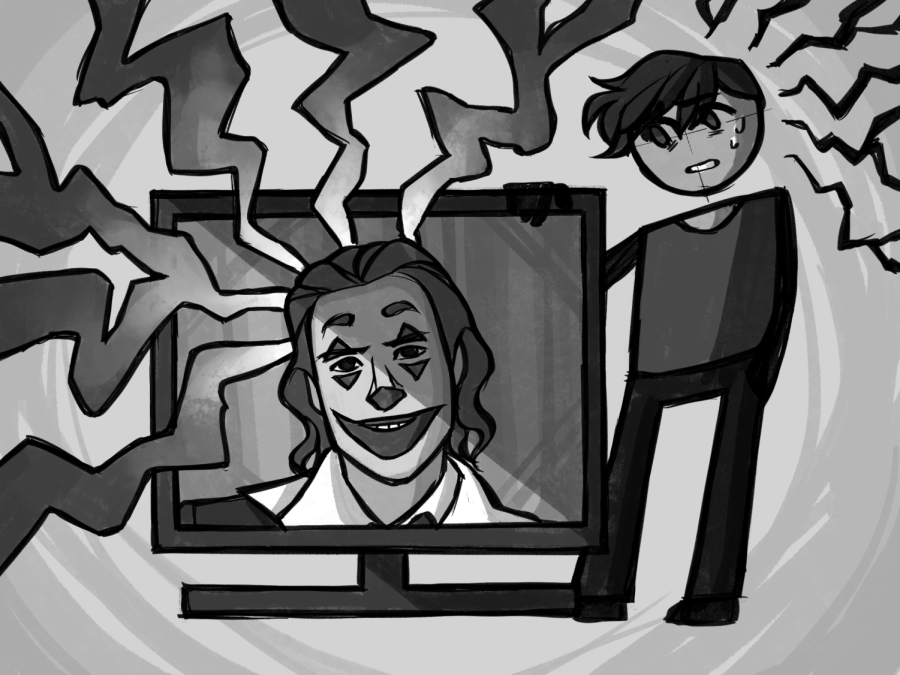 In order to captivate an audience, writers construct characters with a cultural trope, such as the wise old man, or the damsel in distress. These tropes help push the narrative forward and explain why the characters are the way they are, from a troubled backstory to a positive ending. One trope, however, stands out in particular: the mental illness trope.

The trope is often used to poorly explain a character and their purpose, often being referred to through terms such as “insane” or “psychotic.” Characters who are labeled as mentally ill are often outcasts, iconoclasts and non-conforming heretics in fictional worlds. Furthermore, the reaction that these characters garner from audiences is highly problematic. The use of mental disorders as a common trope and in the media distorts the truth about how people with mental disorders act and behave in society.

The origin of this concept came from a long-standing stigmatization dating back to the Middle Ages, where victims were often considered a lesser form of human in society. As Christianity dominated the religious landscape of that era, many perceived mental disorders as a punishment of God, or that a person was possessed by the devil. This resulted in the deaths of many, either killed, burned at the stake, or imprisoned in a mental asylum, void of any actual care. Subsequently, this is where the concept of the stereotypical mental hospital came from, seen constantly in books, films and television. In World War II, this stigma was spread across Nazi Germany and its annexed territories, where, alongside Jewish people, those with mental illnesses were killed during the Holocaust in the name of a pure race.

Prior to the rise of the internet in the 21st century, movies, books and television were the common ways of telling stories to many. In films, mental disorders have been blanketed under a singular stereotype, noting some sort of depression, insanity, violence or otherwise criminal nature. Occasionally, specific mentions are made to disorders such as schizophrenia, dissociative identity disorder and ADHD. For example, “The Joker,” a popular supervillain, is shown to be a psychopath in numerous TV shows and movies, with the most recent film, “Joker,” released in 2019, showing a descent into insanity. While this is a heavily dramatized and exaggerated example, those who know little about mental disorders may perceive this as a reality. “The Invisible Man,” released in 2020, is an additional example that depicts mental illness in a negative tone. Film directors often exaggerate the nature of a mental illness to back up a character’s expressions or personality, or to show a person’s slow descent into madness.

Although information on the internet is self-aggrandizing, the public still knows very little about the topic. While it is common knowledge that depression may impact everyone, the media’s exaggeration of behaviors, such as isolation or the repeated contemplation of suicide, paints a bleak picture. It contends that depression is much worse to have, and that overcoming it would be a tough task to commit to.

“How Mental Illness is Misrepresented in the Media,” by Kirstin Fawcett, a reporter for the US News and World Report, notes that “Recovery is seldom shown.” In addition, the depiction of psychiatric facilities often shows them as cold, cruel and condescending, reminiscent of prisons. This falsification may invoke a sense of loneliness and discomfort, which it was designed to do toward the public and toward victims of mental illness. It establishes the idea that those with mental conditions could be violent and are unable to recover for a long period of time if at all.

The impact of stereotyping may force a deep divide between an affected group and the general population. In the case of those with mental conditions, they may suffer from a loss of morale, with a decreased willingness to seek proper help. These impacts may instill the idea that seeking therapy could create an unforgivable scenario, where the outcome would be disastrous for them, and that psychiatric hospitals only serve to act as a prison for the unwell, isolating them from the rest of society. These thoughts may reduce the victim into a state where they would rather bottle up their feelings and conditions, leading to more complicated problems.

As the past cannot be undone, it is best instead to focus on the future. While the use of mental disorders may remain as a cultural trope for the foreseeable future, it is best to show recovery and portray people who have a condition through the use of experts. With most mental illnesses being blanketed under a singular trope, the use of experts to clarify, and accurately portray a specific disorder is better than misrepresenting all disorders.