Senior Janna Andaya receives a Division I golf offer to the University of California, Riverside 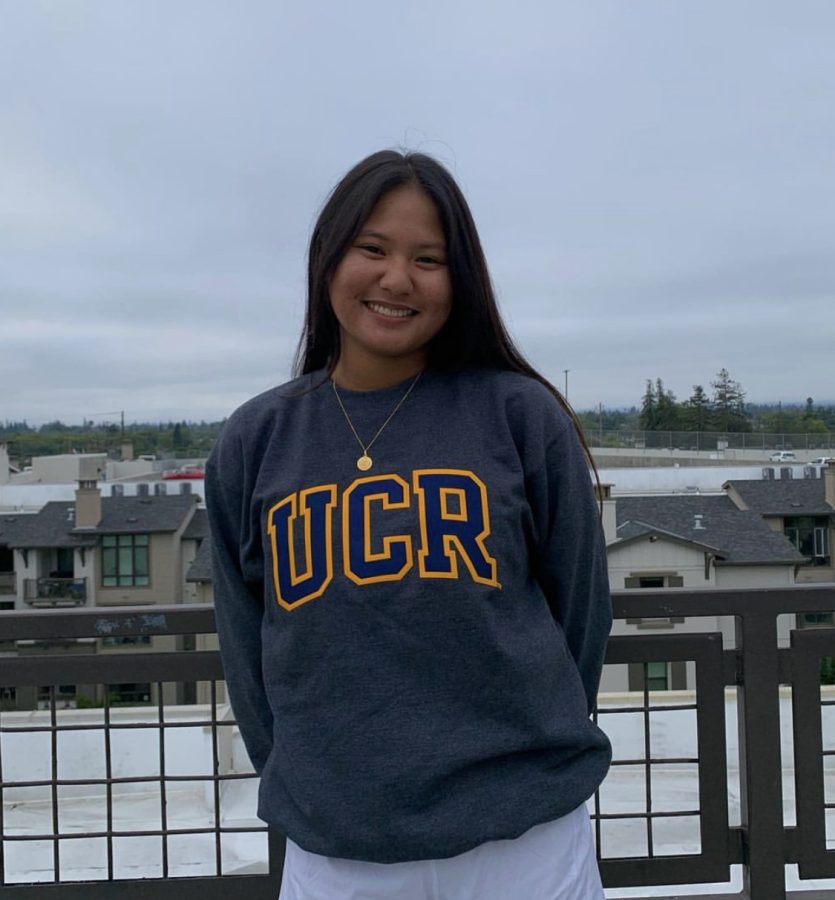 Junior Janna Andaya is excited to continue her golfing career at the University of California, Riverside.

On Aug. 23, 2022, senior Janna Andaya announced her commitment to play Division I golf at University of California, Riverside, accompanied by a scholarship dependent on her athletic performance.

“The UC Riverside coach took interest in me in June, and she wanted to see me grow,” Andaya said. “She really emphasized the importance of the person and their attitude.”

The journey to getting recruited, however, was not a simple one. In the summer of 2022, Andaya made it her goal to get recruited, but due to full teams and a slow start, she was unsure of what would happen.

“It was definitely hard. In the summer, it was kind of my deadline to get recruited, but it was not happening,” Andaya said. “ I was not playing as well as I wanted, and I genuinely did not think I was going to commit at that time.”

Andaya came in contact with UC Riverside’s golf coach in June and resonated with her values in the sport, specifically the importance of the team.

“I love the coach. I really like her philosophy,” Andaya said. “She really focused on the team aspect rather than the individual because if the team is close together, everyone will improve and push each other to be better.”

Andaya looks forward to playing in team settings. Having participated in numerous team tournaments like the Girls Junior America Cup for three years, her teammates have served as a source of encouragement and support.

“Having that bond really lets you improve and do better,” Andaya said. “They care more about you as a person than a golfer. That made me want to do better for them than myself.”

Andaya has been playing golf since the age of six and has put in years of practice to perfect her skills. She appreciates her continuous growth in the sport.

Contrary to assumptions about the difficulty of golf as a sport, Andaya faces challenges with her sport similar to other athletes.

“To others, golf might seem like an easy sport, but I have really struggled with it,” Andaya said. “It can weigh you down mentally. You can lose confidence – you might think you are not good enough – but even with those thoughts, you gotta keep working at it.”

Andaya advises all student athletes to understand the sacrifice and effort it takes to make progress in their sport. She believes her work ethic has allowed her to advance and achieve more.

“I have never been a person who can relax. I always feel like working, and if you really want to achieve something you have to work for it,” Andaya said. “The professionals, they do not do it overnight. They put in hours of practice everyday, and that’s just what it takes.”

Although the recruitment process is difficult for many, Andaya wants other student athletes to feel confident gaining exposure.