Panou’s Paper Panel: ‘Go Tell It on the Mountain’ 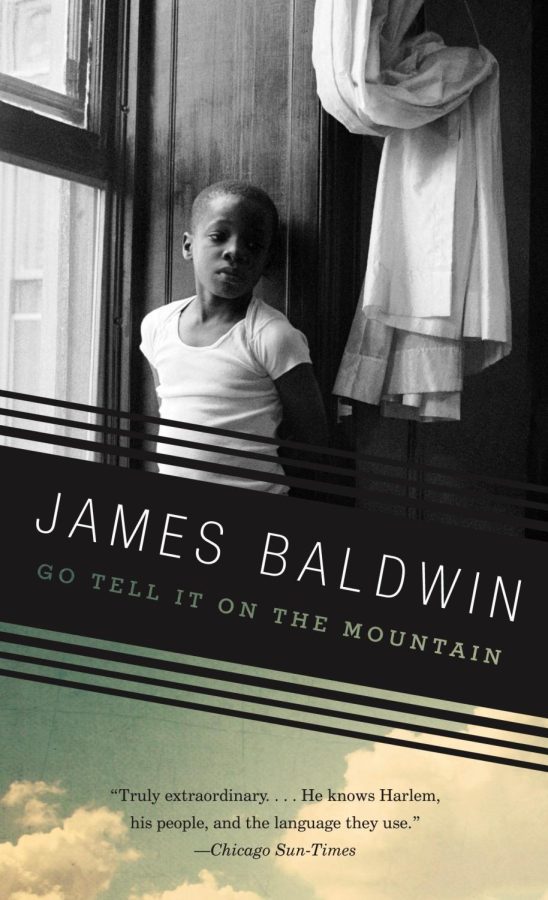 Yet there is one group who knows this better than any other. A renowned folk classic among Black Americans, this song has been present in Baptist, Pentecostal and Episcopalian churches as far back as 1865. From a young age, James Baldwin took fondly to these words, making it the title of his debut 1953 novel, “Go Tell It on the Mountain,” which is now a classic of American literature and still resonates with contemporary figures as a source of controversy and inspiration.

Born and raised in Harlem, New York, Baldwin was a precarious person unknown by many, whose soul would bleed into each and every one of his works. A child of the Harlem Renaissance, Baldwin would never cement himself into history as a representative of his community but as a representative of all Black men in America. An avid activist, he created characters that represented the growing changes in America’s discussion of race, sexuality and most importantly, masculinity. In understanding Baldwin, however, his work must be examined from the beginning.

“Go Tell it on the Mountain” is above all a religious narrative that focuses heavily on Harlem’s Pentecostal Church. Baldwin, a bastard son of a pastor in the same church, based a large part of this novel on his own experiences. His main character is a young boy by the name of John – also the son of a renowned pastor known as Gabriel and a poor southern woman named Florence. The book follows John for only 24 hours, frequently switching back and forth to his parents’ experiences as young adults. Within a single day, the reader gets to explore the mind of a young boy tormented by his father and his own religion.

The main conflict of the novel is between John’s holy conscience and his sinful conscience in an epic battle between piety and purity against impurity and sin. Yet, it is far more than an internal conflict. Gabriel’s position as a pastor forces John into an isolated community of devout Pentecostal Church members where sin is met with cruder forms of flagellation. Baldwin’s intricate storyline between John’s inner demons and pressures coming from family relationships results in his own torture.

“Go Tell it on the Mountain” is unique because it alludes to stories in the Bible. The first part of the novel is titled “The Seventh Day,” an allusion to the Sabbath in which God supposedly took a rest after creating heaven and earth. In this part, John is made holy, like the Sabbath, and this is represented through his reprimanding for impurities by his father. Yet John does not feel holy or pious, but, rather, he feels deeply struggled and experiences winding struggles. The third part, “The Threshing-Floor” is an allusion to Matthew 3:12: “The messiah will clear the world, and those that are worthy would be brought into his barn while those that were unworthy will burn in unquenchable fire.”

According to John the Baptist, the barn, or the threshing floor, is the plane in which sinners will be separated from the saved. In this part, John develops an identity separate from his holy one and is considered saved for doing so. There is a deep and complex irony that John is saved for his disavowal of his father’s values and beliefs.

This all goes in hand with John’s struggles with homosexuality. The well-written commentary on the place of homosexual men in society was a master-stroke by Baldwin. His narrative works well to represent John’s rejection of the social institutions that would keep him down as a gay Black man. By the end of the novel, John embraces his sexuality and his impure thoughts by developing a conscience separate of his impure one and his pure one, and this new one is his new way of thinking – a gay Black man. The hidden complexity of Baldwin’s ability to contrast running storylines between spirituality and homosexuality is unrivaled by any author of the 20th century.

With the Supreme Court’s overturning of Roe v. Wade in June of 2022 and growing debates over the constitutionality of an anti-secular government, it is a far more highly charged argument than ever before. Ever since Baldwin’s day, religion has always been a heavily charged topic among Americans. Yet, Baldwin’s words do not represent American societal struggles but describe the deep social complexity of family and personal values in an increasingly liberal society.

“Go Tell it on the Mountain” is a brilliant commentary on the power of dogma and doctrine on child development all over America; notwithstanding its powerful message on what it means to be spiritual, homosexual and Black in the 20th century. Inasmuch as this novel covers the values of religious Black Americans, it represents a global struggle between traditional conservatism and the dawn of a new age. This book’s beauty is highly abstract but accessible to all.