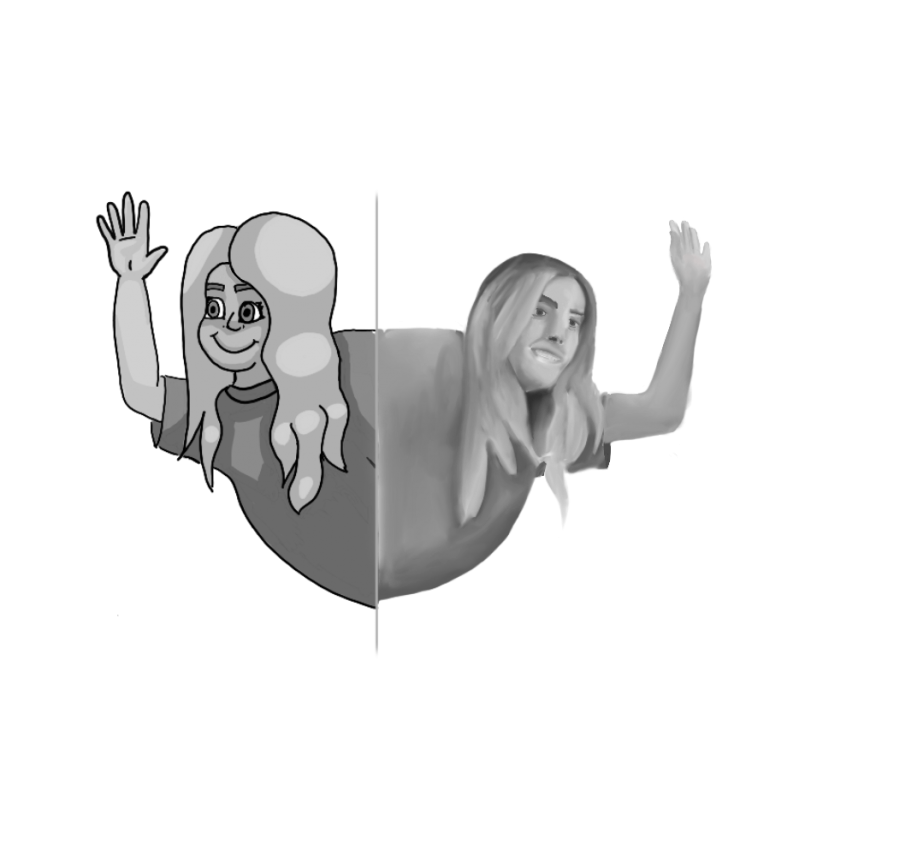 Animation has been part of the entertainment industry for the last century. Hand-drawn cartoons were popularized in the 1940s, and Generation X grew up on Saturday morning cartoons. Computer-generated imagery has been in the mainstream movie industry since Pixar’s “Toy Story” was released in 1995.

As technology continues to change and improve, animation remains a reliable source of entertainment for many kids and adults alike. The versatility of animation, the variety of artistic styles and the emotion animated characters convey make watching animated shows and movies both interesting and nostalgic for many SCHS students.

Freshman Nikhil Ramkrishnan has been watching cartoons since he was a little kid.

He appreciates the way animated shows and movies can incorporate aspects that live action shows would not be able to do as effectively, like the special effects in the animated TV show “Avatar: The Last Airbender.”

“I like how they incorporate more artwork and textures into it (animated cartoons),” Ramkrishnan said. “They also do stuff that normal live action shows can’t really do, like CGI or special effects.”

Junior Leila Linke agrees. Though she believes that live-action shows have the advantage of realism, she likes the versatility of animation.

“There’s a lot more you could do with animation,” Linke said. “It’s much more flexible in terms of effects and whatnot. A lot of it’s drawn out, but you could also use other elements as well like some cut outs.”

Linke noted that when watching live action shows, bad acting by the on-screen actors can sometimes ruin the experience. She, however, believes that it is not generally a problem in animation.

“With animation, facial expressions and body language can be more expressive because you have the ability to exaggerate certain features,” Linke said.

Freshman Crystal Aguilar is a fan of anime, a genre almost always produced as animated TV shows. She appreciates the way emotion comes through in animation, believing that animated characters have more ways of expressing their feelings.

“It’s mostly the eyes. When they’re about to cry their eyes become bigger. They can make so many more expressions than people can,” Aguilar said.

Cartoons also hold an element of nostalgia for many people, considering that their generally family-friendly content and bright colors are a favorite in many households with children.

“I watch (cartoons) the most and I grew up with them too, so it’s kind of nostalgic for me,” Ramkrishnan said.

Aguilar likes the possibilities that exist because of the technology used in animation.

“You’re able to use your creativity to make anything you want,” Aguilar said.

“Titanic,” “Grease,” and “The Avengers,” are just a few popular live-action movies that may be favorites for some. Live-action films and entertainment, popularized in the late 1930s, is a form of entertainment that many enjoy.

“I think right now especially, I like seeing movies with real life people in them because the current situation doesn’t allow us to go out and socialize with others,” Mishra said. “I guess seeing other people on screen helps it feel more interactive.”

Mishra likes live-action content because she finds that actors can do a better job of expressing emotions. Unlike animated movies, she can visually see the actors’ expressions rather than just hear their voices.

“There are times when an animated character might do something that will make me laugh, but seeing a real person laugh does a better job of evoking emotion,” Mishra said. “I like to watch romantic or comedy movies, so I feel live action suits me better for that reason. When I see another person cry or get angry, it creates more of a genuine feeling.”

Like Mishra, senior Caeshia Suwitra prefers live action because of the real, raw emotions that can be displayed by watching actors and actresses. She also thinks live action along with CGI and visual effects better immerse audiences in the story.

“I’m really into visual effects, and though these effects can be used in both animated and live-action movies, the visual effects done in live actions bring you to another world,” Suwitra said.

Freshman Kyle Campbell also prefers live-action movies and TV shows because he appreciates being able to watch his favorite actors on screen.

“I find it easier to watch because it is more realistic. I like it more than animation because you get to watch your favorite actors unlike animation where you can only hear their voice.” Campbell said.

While Campbell prefers live action, he acknowledges the characteristics of animation that live action cannot provide, such as telling a story from a different perspective or using effects that could not be achieved with live action.

“For example, ‘Finding Nemo’ or ‘Toy Story,’ movies like these would not work in live action as they would be sloppy or a bit creepy,” Campbell said.

Freshman Gabriel Hendel-De La O favors live action because he believes there is no substitute for live acting and emotion.

“I like it more than animation because of the acting,” Hendel-De La O said. “Animation will not be able to match up to real acting.”

Overall, the visibility and expressions of real life actors is what leads students to favor live action entertainment over animation.